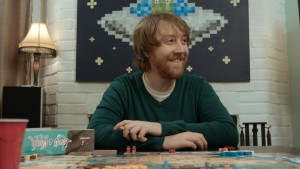 Aaron (played by Elisha Yaffe) is the proud owner of 100+ board games, and the host of a weekly game night that he likes to call “the most accomplished games group in the tri-State area”. Easy-going and ever the diplomat, Aaron is like a camp counselor among his friends, always keeping the peace and making sure everyone’s having fun. Single for going on three years, he is restless and lonely… but his stubborn lack of interest in anything outside of his geeky sanctuary is making it tough for him to succeed in relationships. He wants to find the love of his life… as long as she’s willing to be assimilated. 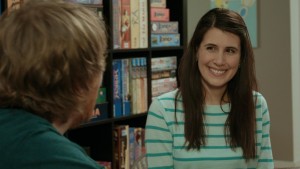 Emily (played by ErinRose Widner) is a quirky-cute hardcore history buff who’s spent her entire life just trying to fit in. Armed with a bright smile and contagious laugh, she always does her best to make friends with the mainstream crowd, but her predilection to gush about Zachary Taylor over Taylor Swift is often a buzzkill. Her new roomie Brad would like nothing more than to rekindle an old “romance” that almost happened years ago, but Emily is excited to start fresh in a new city. She’s on a quest to find “her people”… if only she knew where to look. 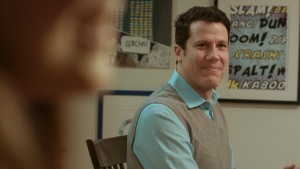 Brad (played by Jonathan Bray) is Aaron’s upstairs neighbor and Emily’s new roommate, an old friend from her college years. He’s a tall, good-looking George Costanza by way of Clark Griswold. Neurotic, fastidious, yet he radiates a hopeful optimism. Brad LOVES board games, and all he wants is to find people to play with. His debut appearance at Aaron’s game night was disastrous — his insistence on challenging the rules, combined with his non-stop Yoda impressions, annoyed everyone — and he was never invited back. Now he’s determined to return, win them over and become a regular. 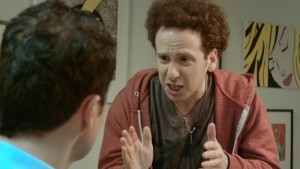 Scott (played by Josh Sussman) is the quintessential nerd who never grew up. Uptight, and easily agitated, Scott is Aaron’s self-appointed “second in command” whose devotion to tabletop gaming knows no bounds. Scott will obsess over a rulebook like a lawyer pouring over a legal document, and has made it his mission to convince Great Whale Games to permanently change a rule in his favorite board game. Since Scott’s entire social life depends upon Aaron’s game nights — he has little to no interest in a career, love life, or any other “distraction” — he is severely resistant to any change that could potentially threaten the group’s very existence. 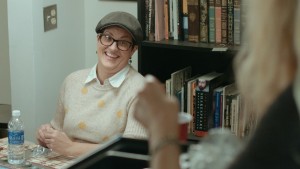 Sue (played by Rebecca Lumianski) With her deadpan voice, short hair, and drab style, Sue prides herself on not being a girly-girl. Aaron’s voice of reason and sounding board for social disputes at game night, she’s level-headed but not afraid to speak her mind. She lives alone, works in computer tech, and in her spare time rehearses as the understudy of the understudy for the romantic lead in Ohio’s longest running outdoor drama, Tecumseh! 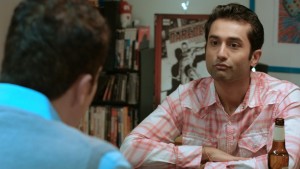 Nick (played by Pritesh Shah) is an ultra-competitive gamer who drags his girlfriend Tara to every game night. Outgoing and a sharp dresser, Nick straddles the nerd world and the bar scene. As a gamer, he’s aggressive and manipulative, a board-game bully, playing each turn as though he had thousands of dollars at stake. 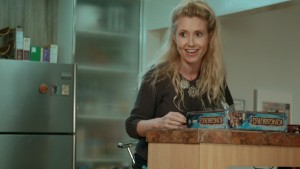 Tara (played by Tess Hunt), when not passed out on Aaron’s couch, flits about the apartment making small talk, always trying in vain to coax the regulars to socialize instead of playing games. While Nick often seems annoyed at her flightiness, they both know he would be lost without her. 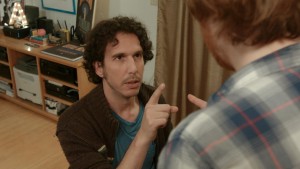 Bogdan (played by James Liebman) Russian-born, he is moody, short-tempered and blunt to a fault. A tabletop snob, Bogdan has disdain for anything created in the U.S., and often goes on loud expletive-filled rants about the limitations of American-made board games. 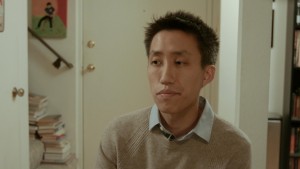 Ted (played by Nelson Cheng) is quiet, intelligent and as non-expressive as a vulcan. During down time at any given game night, while everyone else is making small talk, Ted sits patiently waiting for the next game to start. His most common response to any question is a polite shrug. Ted’s personal life is a complete mystery to the group, and he’s never had any intention of sharing details.